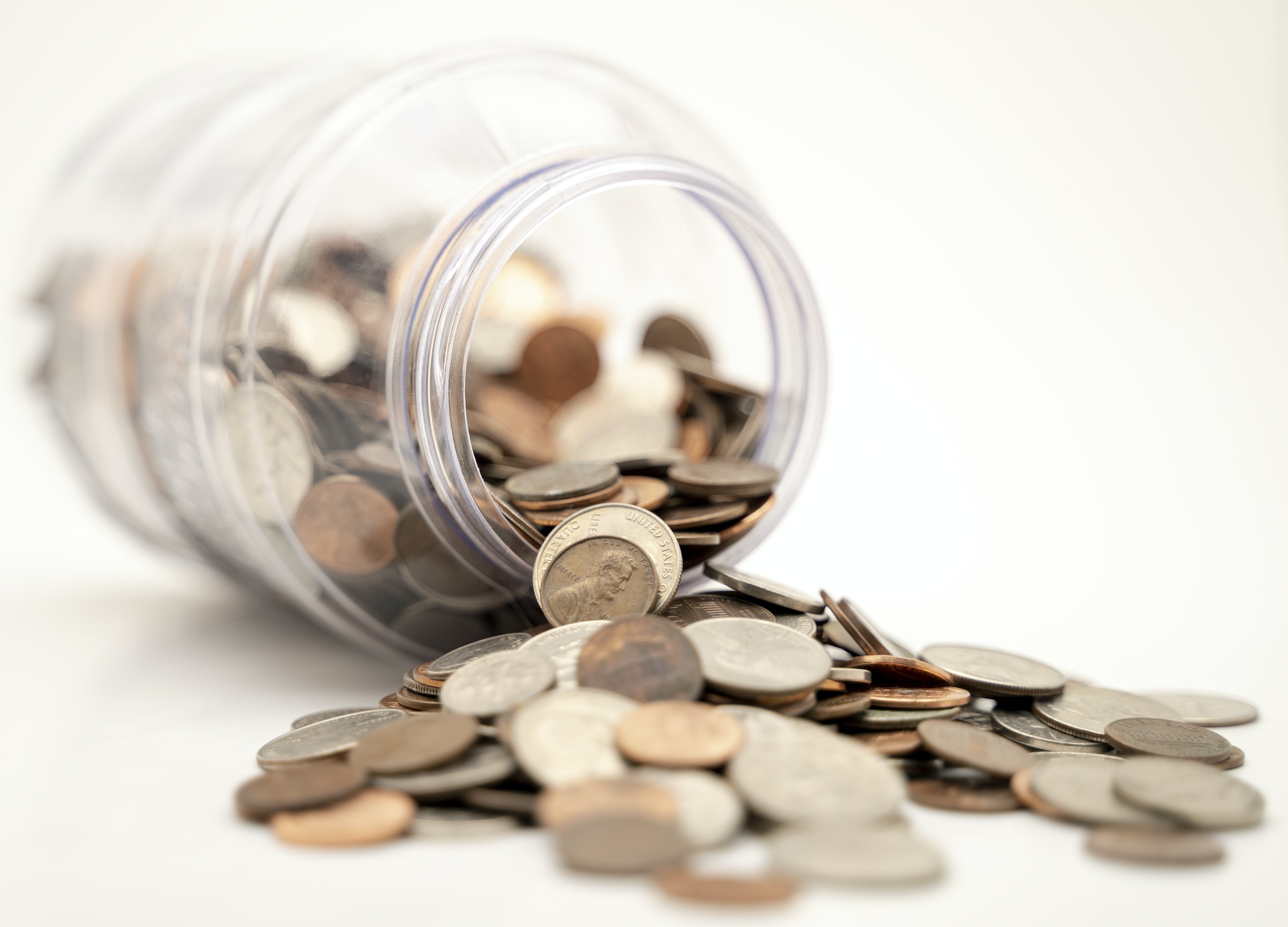 Peterson’s is a local 24-hour convenience store chain in Portland, Oregon. 27 years ago, Doug Peterson opened a News-stand/Tobacco store at the height of the MAX Light Rail construction. Since 1984, Peterson’s has expanded its goods to include postcards, snack foods and adult magazines. Peterson’s also has two other locations, on 5th avenue and Morrison (also on the MAX Line). Peterson’s remains a fixture in Downtown Portland. If a person is waiting to hop on the MAX to go home, even at 2 am when the bars are closing, Peterson’s incandescent lights call out like a bug zapper to a fly. The prices are a bit steep but it is worth it to shop at Peterson’s, if only to take in an environment that is uniquely Portland.

Across from Peterson’s is a Naito Family owned building called The Galleria. For years the Galleria has struggled to maintain businesses within its walls. The Galleria has been in the market for revitalization for years (Brenneman). In 2003, the Gallery became the home of the Western Culinary Institute. The Galleria Mall also contains a Made in Oregon Store as well as a few other local business retail stores. The Naito family has a long history of successfully establishing businesses and improving Portland. However, the Galleria will now host a Target Store (Cohen). Target is a discount retail store that offers trendy merchandise at affordable prices (Target Brands, Inc). In an effort to revitalize downtown and remove the stigma of Portland being “too expensive, bureaucratic, and antagonist to business,” Mayor Sam Adams approved of Target Brands, Inc creating a store in the Galleria. Best Buy and Sports Authority have also expressed interested in setting up shop downtown (Manning). Target’s prices may force the Yamhill Peterson’s location out of business. Target is not a 24-hour store, but very few businesses thrive on after hours sales. Target stores and other big box retailers moving out local businesses is an example of income inequality; the wealthy become wealthier by shutting out smaller businesses thereby creating a larger lower class to exploit.

Paul Krugman, an economics teacher, wrote an essay about income inequality in American Warfare. In his essay Confronting Inequality, Mr. Krugman begins the piece by comparing modern economic class to the economic post civil war era. “Confronting Inequality” points out that income and social inequality exists and that wealthy families have it much easier education than that of lower class families. Mr. Krugman points out key points in which the U.S. government has played a role in distancing the economic gap between the upper class and the lower classes. The essay also points out what changes congress has been making to fix income inequality. But does discount retailing contribute to income inequality?

Target receives subsidies in order to build. An example of the amount of subsidies Target receives can be found in Brooklyn Park, a suburb of Minneapolis. Target wanted $20 million taken off its taxes and $60 million in public assistance (Mattera). Target earns $65 billion in annual revenues. Target is a non-union company and offers low-paid to minimum wage jobs (Good Jobs First). Employees of Target in Portland would receive an hourly wage of $8.50 per hour, which comes up to $340 per 40-hour workweek and $17,680 per year. According to the Living Wage Calculator for Multnomah County (Portland), a living wage is $9.38 per hour for one adult or $17.98 per hour for one adult and one child. Annually one adult would need to make $19,509 or $37,392 for one adult and one child (Poverty in America website). The minimum wage indicates a deficit of either $1,829 or $19,712 that may be supplemented by welfare and social services. However, since Target is receives subsides, welfare is being paid for by workers who do not work for Target or any other discount retailer. Peterson’s, like many other locally owned stores, contributed more to Portland because local businesses do not receive subsidies.

Peterson’s is a dingy store with really bad coffee and an over abundance of pornography magazines. Target is a retail store that is family friendly with trendy goods. However, Peterson’s and other local retailers may contribute more to Portland than Target ever will. The profits from discount stores are not invested back into local economy but to wealthy shareholders. In 2004, the city of Barnstable, Massachusetts, commissioned a study on the taxes earned from a locally owned specialty versus a big box store. The specialty stores generated $326 per 1,000 square feet where as a big-box store created a net loss of $468 per square feet. Taxpayers cost via road maintenance and police/fire protection were taken into consideration (Hansen). Since Big Box Stores tend to get subsidies and tax breaks, chain retails do not offset the cost to cities to maintain roads and protection.

Why don’t workers who do not wish to work for minimum wages or for retailers obtain jobs elsewhere? Although Mr. Krugman points out that congress has been proactive in combating income inequality, there are other factors that may blind people to the reality of their financial situation. “Class Warfare: The Final Chapter” was an essay written by Michael Pirsch, an economic refugee now living in Thailand. The essay points out that mass consumerism are a symptom of propaganda by the wealthy elite. In “Class Warfare”, Mr. Pirsch proposes that the media is a very effective tool in controlling how people think. Television distracts people with a “consumer/celebrity culture“ from the reality that the wealthy is eliminating democracy. Issues like the loss of Social Security, the Endless War, and tax cuts to the rich are not discussed in public because the media is controlled by the wealthy (Pirsch). Diana L. Hayes, a Professor of Systematic Theology in Georgetown, theorizes that television numbs people to reality. “What messages are these shows sending us? Are they simply an opiate, lulling us to the real struggles for survival going on in our country where millions have no health insurance, can’t afford to pay the increasing cost of perception medicines, even when they have insurance, and are facing foreclosures and evictions? (Hayes)” Ms. Hayes has suggested that television numbs viewers’ minds to their wellbeing and financial troubles. Ironically, consumers may find the latest model of plasma or wide screen televisions along with an array of media accessories on sale at their local discount store. Minimum wage earners may be numb to the fact that they are in a financial money-pit due to the very products they are selling.

Discount retail stores contribute to income inequality. Not only do minimum wage workers experience inequality by working at Big Box stores, but neighborhoods and cities will be weakened as well. Fighting against inequality starts with the personal choices we make in where we purchase our goods. Discount retailers like Target do offer low prices and it is very tempting to shop at Target. And personal budgets may dictate where money is spent, but the first step towards fighting income inequality is understanding what it means to shop at a chain store. Another step in fighting inequality is eliminating propaganda via the television is to limit the amount of time spent watching shows on the T.V. or to recognize that the television may have a subliminal effect to convince people to shop and consume. And, if finances permit it, shopping at stores like Peterson’s or Ray’s Ragtime (which is on the other side of the Galleria) can help. Shopping at the Goodwill on 10th across from the public library, which features many designer clothes donated by local designers, or find local businesses that sell the electronics that are desired can also help. Although shopping at stores may be both time consuming and more expensive, it is an investment into the culture and livelihood that makes up Portland (or any other city).