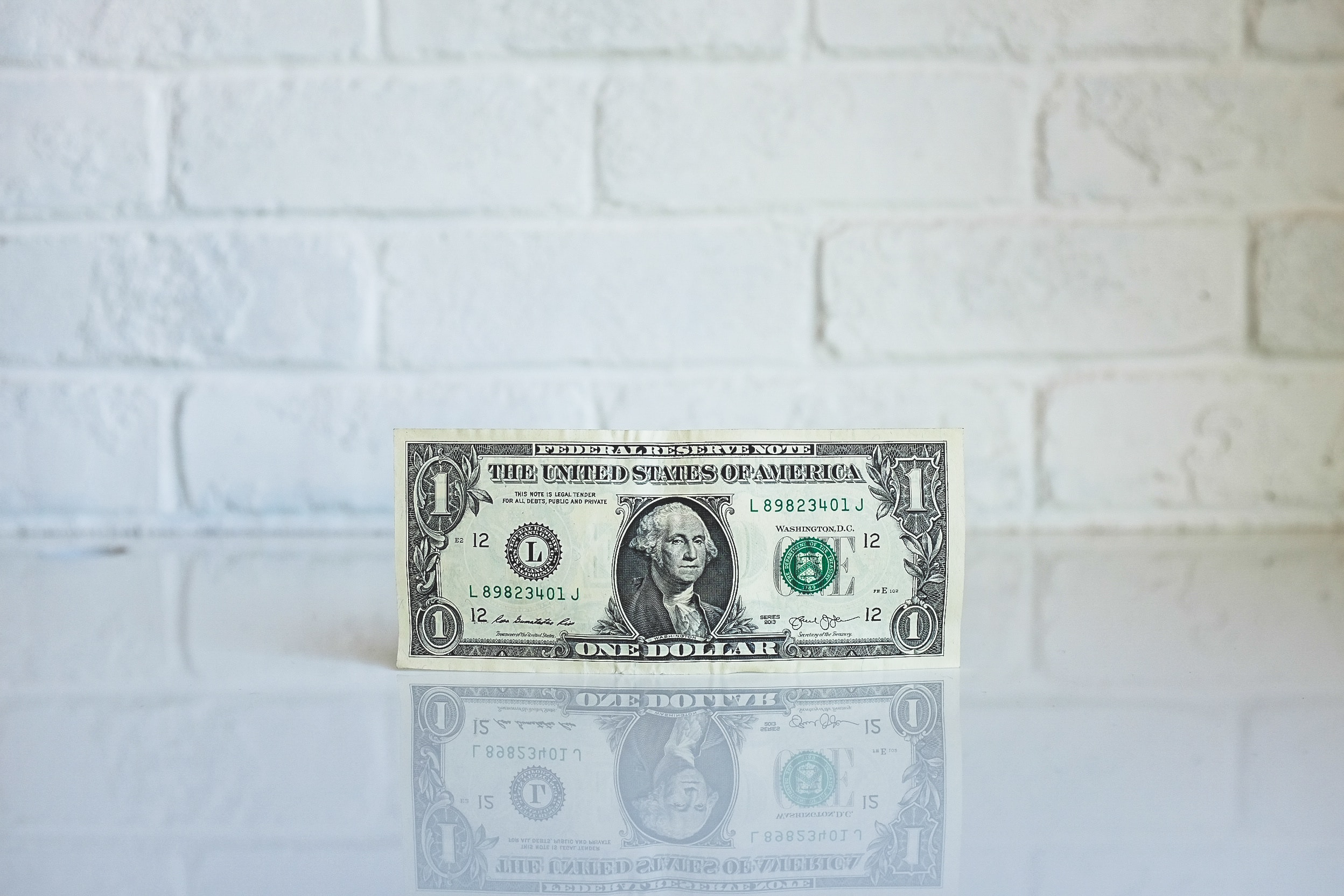 In English class my teacher, Ms. Sullivan, wanted us to do a paper that compared a minimum wage to a living wage. Obviously, the teacher wanted us to learn the importance of a living wage and the social benefits, but I had no idea how I would approach this paper.

Stumped, I decided to go visit Burgerville, a locally owned fast food place which serves food from local farms and food companies. I ended up paying $12.59 for my order. I would have paid half that amount had I gone to a worldwide chain like McDonalds or Burger King. Unlike other businesses, Burgerville prides itself on community involvement and being “green”; trash bins are set up so the waste is mostly recyclable. Even the receipts have the amount of calories of printed on it. The service was fantastic and the food was excellent but the price was high. I believe this is an example of a restaurant that thrives on Living Wage consumers. But sadly there were not a lot of customers who patronized this establishment. My visit inspired me; the lack of business at Burgerville had clearly shown that not everyone could afford it. The more popular restaurants are places with cheaper prices but with lower standards in food and lacking in local ingredients (which funds local economy). One of the main problems in America is obesity. Is it possible that American’s are overweight due to the Minimum Wage?

What is the Minimum Wage? The Minimum Wage is the lowest hourly, daily, or monthly wage that an employer may legally pay workers. It is also the minimum amount that workers are to sell their labor (Filion). The United states passed the federal minimum wage law in 1938 under the Fair Labor Standards Act- “ To provide for the establishment of fair labor standards in employment in and affecting interstate commerce, and for other purposes” (United States of America). Some of the results of the law was the banning of child labor and setting work hour limits (Longley). Another reason for the establishment of a Minimum Wage was to combat sweatshops owners who hired their workers at unfair wages. Over the years, the minimum wage has risen and not all states have their Minimum Wage set at the Federal level ($7.25).

During the late 1970s and early 1980s, studies started to be conducted about the level of obesity in America. Simultaneously, there was an issue with the influx of sugar being imported to the United States. The need for sugar came to a head in the 1970s, where inflation, the energy crisis, and commodity shortages taxed the import of Sugar. Consequentially, the prices rose and several acts and tariffs were created (Polopolus). Since the demand of sugar grew, food companies started to look elsewhere for sweetener sources. Inexpensive cooking oil sources were also researched. One of the primary crops in America is corn and soy, which vegetable oils and corn syrup are a by-product. Using cheap by-products and preservatives, the food industry (especially those specializing in “junk food”) were able to produce cheaper food (Muller). In a report by the Institute of Agriculture and Trade, they noted that:

“One example is the substitution of HFCS for table sugar. High fructose corn syrup was introduced to the American market in 1967, and ever since, its consumption has exploded. By 1984, Coca-Cola had transitioned to sweetening its sodas sold in the United States with HFCS instead of table sugar (sucrose); other beverage companies quickly followed suit. Today, HFCS is found in a stunning array of processed foods: breads, cereals, breakfast bars, lunch meats, yogurt, soups and condiments, among many others. It‘s a cheap staple of the industry” (David Walling).

So who is eating this food? Perhaps the Minimum Wage earners who are unable to afford to eat well? Other than U.S. government jobs, Wal-Mart, Exxon Mobil, Chevron, and Home Depot Inc. are within the top 20 largest business in America (Transnationale & Co.). Another chart by the New York Job Source lists Wal-Mart, McDonald’s, Sears Holding, Target, Kroger, Albertson’s and Safeway in their top 20 national largest employers (NYJobSource). Most of these employers hire workers at the Minimum Wage.

Wal-Mart is the leading employer in both surveys and can serve as an example of Minimum Wage job force to State wealth and health. Statemaster.com listed the number of Wal-marts by State in which the top 3 states with the most Walmarts are Arkansas, Mississippi, and Alabama (StateMaster.com ). In a 2009 study by the Centers for Disease Control and Prevention, Mississippi citizens on average have a body weight mass index of 34.4%, Tennessee at 32.3%. , Alabama at 31%, and Arkansas at 30.5% (Centers for Disease Control and Prevention). In a census conducted by the Federal Government, the top three poorest states were Mississippi, Louisiana, and New Mexico. Arkansas ranked at 4, Alabama ranked at 6, and Tennessee at a 10 (U.S. Census Bureau).

A Living Wage, defined by Webster’s Dictionary online, is “a wage sufficient to provide the necessities and comforts essential to an acceptable standard of living (Merriam-Webster).” But a Minimum Wage is not the same as a Living Wage for Minimum Wage earners are unable to afford the essentials for proper nutrition. According to the U.S. Census Bureau, the average family size is 3.14 members (U.S. Census Bureau). The average Minimum Wage is $7.25 (United States Department of Labor). According to The United States Social Security website, the national average wage for 2009 was $40,711 (The Social Security Administration). On a 40 hour Minimum Wage job, a person would make $15,080 a year. In order to acquire the national average wage, a person would have to work over double the amount of time (80+ hours) even with overtime accounted for at a rate of $10.88. Or an alternative way to meet the national average, two people in a household of 3.14 would have to work the 40 hours a week plus 9 extra hours of overtime. How much time left over would a household be able to focus on health and nutrition, let alone afford it? This is assuming that two out of three American citizens of a household are working; the U.S. Labor board states that the national average unemployment rate is at 9% (United States Department of Labor).

Good fats that the human body needs contain monounsaturated fats. Healthcastle.com lists the different foods that contain different fats. Certain nuts, avocados, canola, and olive oils contain those fats. polyunsaturated fats lower cholesterol, found in salmon and fish oil as well as corn and soy (not manufactured to corn syrup or vegetable oil). Saturated fats raise cholesterol and are found in meats, dairy , eggs, and seafood (Gloria Tsang). Healthcastle.com also lists foods that contain trans fats. Companies use trans fats because they are easy to produce and have extended the shelf life of food. (American Heart Association). America harvests over 72.7 million acres of corn (United States Enviromental Protection Agency). Food and beverages are made and preserved using trans fats like corn syrup and vegetable oil. Trans fats are cheaper to produce, which is cheaper than importing healthy saturated fats like Olive Oil or even plain sugar.

The George Washington University School of Public Health and Health Services published a study in September 2010. The title of this study was “A Heavy Burden: The individual cost of being overweight and obese in the United States.” In this study, the authors estimated that an average morbidly obese white male needed an additional $9,961 dollars for health costs; an average morbidly obese white female needed $7,946. In March of 2009, another report by the Institute for the Study of Labor called “Overweight and the Obesity and the Demand for Primary Physician Care”. These studies theorized that being overweight costs money in the long run. Many more studies published state the dangers, both medically and financially, about being overweight. But what choice does a Minimum Wage earner have? It is very difficult to see the long-term effects when the short-term reality is that Minimum Wage earners cannot afford good foods.

Proper nutrition should be the right of every human being. A minimum wage does not provide the ability to afford nutrition and health without a Living Wage. A Minimum Wage lifestyle contributes to poor health and the inability for preventive health care. The equation of low pay plus cheap food equals poor quality of life. But in order to eat better, Minimum Wage earners have to work longer hours. But if they work longer hours, will they have time to be able to prepare or even shop for proper nutritional foods? Or will the average Minimum Wage earner settle for what is quick and what is cheap? On the other hand, If the average Minimum Wage earner saves the money from longer hours, would that gain be spent on combatting health issues such as diabetes and high blood pressure? The Minimum Wage must be looked at as one of many contributing factors in the growing weight gain of the American people.